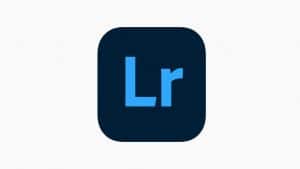 Adobe’s recent 5.4 update for the Lightroom for iOS app has wiped users’ photos and app presets that were not synced to the Adobe cloud storage service.

The issue came to light shortly after the 5.4 update was released when reports began emerging on the Photoshop forums on Monday that users could no longer see their presets and images, followed by similar reports on Reddit and Twitter.

One Reddit user @u/Extraccount-13 posted that he had lost 2+ years of edits after updating the Lightroom app. The user posted:

I do photography as a hobby so I never saw a need for backing up photos and I never paid for the subscription (which would include cloud storage) because I didn’t use any of the tools that came along with the subscription.

I’ve talked with customer service for 4+ hours over the past 2 days and just a minute ago they told me that the issue has no fix and that these lost photos are unrecoverable.

Adobe is unbelievable some times. All I got was a “were sincerely sorry” and nothing else. 2+ years of photo edits just gone because of Adobe and all they give is a sorry, lmao

While many of those affected were using Adobe’s free service, it also affected paid cloud customers who had not yet synced their photos and presets to the Adobe cloud.

Adobe acknowledged the issue through a forum post on Thursday and apologized for the error. It recommended users to immediately update to version 5.4.1 on iOS and iPadOS that was released on Wednesday to avoid losing any data if they are not backed up.

The company also confirmed that users who have lost their data, images, watermarks, presets, and more would not be able to recover them.

Given below is the complete statement from Adobe:

We are aware that some customers who updated to Lightroom 5.4.0 on iPhone and iPad may be missing photos and presets that were not synced to the Lightroom cloud.

A new version of Lightroom mobile (5.4.1) for iOS and iPadOS has now been released that prevents this issue from affecting additional customers.

Installing version 5.4.1 will not restore missing photos or presets for customers affected by the problem introduced in 5.4.0.

We know that some customers have photos and presets that are not recoverable. We know how frustrating and upsetting this will be to people affected and we sincerely apologize.

Adobe also clarified that no assets in the Lightroom cloud were lost or are at risk. Further, Lightroom mobile on Android, Lightroom desktop on macOS, and Windows, as well as Lightroom Classic were also not affected. Adobe is encouraging users who have lost data to try using iPhone or iPad backups to recover the lost content.